N3 (previously NHSnet and now HSCN) has been the backbone of NHS secure network communications since 2004 and underpinned the launch of Choose and Book (now NHS eReferral), Electronic Prescriptions, NHS Care Records and PACS (Picture Archiving Communications Systems). From the 1st April 2017 the backbone system is now called HSCN which stands for Health & Social Care Network.

The central contract with BT for N3 ended 31st March 2017 but a 3 year transitional contract has been awarded to BT to support organisations over this period of change. All existing users of N3 will continue to receive their service without interruption, giving time to assess the options and apply for and HSCN Connection Agreement. 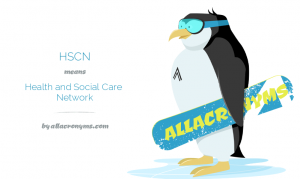 All existing users should have received an email communication from NHSDigital in April 2017 directed to their nominated contact. Organisations that have not kept their nominated contact details up to date may well be unaware of the new requirements. To request an update to your nominated contact or to apply for a Connection Agreement contact enquiries@nhsdigital.nhs.uk  and from the end of July 2017 all applications for HSCN must now be submitted via the NHS Digital Portal.

The key difference with HSCN is that organisations required to exchange information electronically with the NHS can apply for an HSCN Connection without getting sponsorship from an NHS organisation such as a Commissioner. IGSoC level 2 compliance  no longer a prerequisite for enabling an HSCN connection.

With the NHS ambition to become paperless by 2020, slipping to 2023 and forecasts that it may be 2027 eventually all organisations involved in the NHS supply chain may well be required to use HSCN to exchange electronic information.

Currently there are 12 approved HSCN Providers of connections and a further 10 in the process of achieving compliance. For the independent sector this opens up a much wider choice and competition and should deliver better prices than the previous N3 contract.

NHSDigital is running Webinars for Non NHS Providers and early booking is recommended as demand is expected to be high for these events.

If you would like more information or support in understanding these requirements and how they may impact upon your organisation then please Contact Us. for free advise.